Posted on February 3, 2018 by forloveofgodandcountry 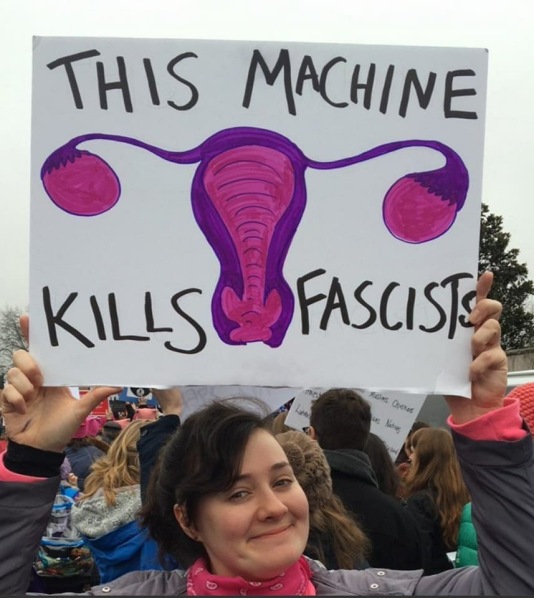 On Saturday, January 20 , one year after the anti-Trump Women’s March in DC, liberal women took to the streets again. Apparently, they were encouraged to get out and once again protest female empowerment. Or were they protesting female perversion? Ironically, they were encouraged to protest even on the midst of one of the most outstanding years for female empowerment! One of the strongest women in the entire world hails from the United States – Nikki Haley, our incredible and strong ambassador to the United Nations. She has threatened and stood up to nuclear powers and to nations harboring terrorists.

Another strong woman is Sarah Huckabee Sanders – one of the most capable and effective White House spokespersons ever. She not only speaks for the administration and handles media hostile to the president, but she does it all and remains perfectly composed, polite, and graceful even amidst the personal attack and the insults to her looks, weight, and being a “soccer mom.” And then there is Ivanka Trump — poised, intelligent, assertive, strong, and business-saavy. She is raising 3 young children and helping her father run the country.

None of these women felt it necessary to kill any unborn babies in order to be a modern woman or be successful.

This picture shown above bothers me terribly. Although the protest and the signs and the rhetoric this year mirrored those of last year, this particular picture is actually from last year’s Women’s March in DC, where I was observing the event (after participating in the Inauguration festivities!) This woman’s name is Hillary. She in shameless in her protest for the right to complete control over her uterus, including the right to kick a life out of it that she herself allowed to be created. She seems even joyful as she sticks up her proverbial middle finger at our Loving Father. She is using the term “fascists” to refer to conservatives. She is such a profound mental midget and here’s why (just one reason). Conservatives don’t use their “machines” (their uterus) to kill their babies. They respect life and God’s purpose for their uterus. It is only liberals and progressives like Hillary and the others who March in these Women’s Marches who use their “machines” to kill. You could say that liberal women are killing future liberals! Gee, when you put it that way, maybe abortion for liberal women isn’t such a bad thing after all. (Of course I am just being sarcastic here because I find abortion, especially after 8 weeks, to be inhuman and indefensible) Once a woman is LUCKY enough to hear a heartbeat, I don’t know how termination can be defensed, and especially as a “right.”

I'm originally from New Jersey where I spent most of my life. I now live in North Carolina with my husband and 4 children. I'm an attorney
View all posts by forloveofgodandcountry →
This entry was posted in Uncategorized and tagged abortion, Diane Rufino, fertility rights, Ivanka Trump, Nikki Haley, right to life, Sarah Huckabee Sanders, women's march 2017, women's march 2018, women's march DC, womens' rights. Bookmark the permalink.