Posted on March 27, 2019 by forloveofgodandcountry 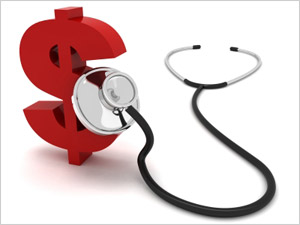 The “anti-Folwell” bill, HB184 made it out of the Health Committee yesterday, putting it on a course to possibly become law. It is a bill that 2 sides see very differently. On one hand, we have the taxpayers, the people who surrender their hard-earned money, the people who are forced to pay far too much for health insurance, the people who obey laws and contribute to society rather than burden it by the choices they make and have made in their lives. They are the ones who would have been HELPED and SERVED by allowing NC Treasurer Dale Folwell to sort the mess out that has become the state Health Plan with his Clear Pricing Plan. The other people who would have been served are the state employees who are the subject of the state health plan.

On another hand, we have the people who live at or below the poverty level, who are on Medicaid or not, and the people who have flooded into our state as illegal aliens. Over 42% of Hispanics in the state are here in the country and the state illegally. They often are served by our healthcare system without insurance and without an ability to pay. Yet North Carolina continues to attract illegals, to serve them, and to provide them with safe sanctuary, Yet North Carolina wants to elevate non-skilled jobs (the kind that SHOULD be filled by high school and college students to help buy a car or pay school expenses) to career jobs (by raising the minimum wage) and by lowering the academic standards for “passing” in high school to a grade of 41 – all in an effort to further entrench and encourage the growing poverty class in the state. In fact, too many individuals in the state are not able to provide adequately for themselves, are not intellectually competent, and not motivated to accept personal responsibility, and as a result, too many place too much of a strain on our hospitals and medical services.

And then on the other hand (very importantly), we have the hospitals, nurses, insurance companies, and other interested medical parties who want to make sure the hospitals get the money they believe they are owed (even if that means by gorging the state health plan). This is the group that is absurdly opposed to Folwell’s plan – so much so that they have taken the initiative, as a lobbyist group, to introduce legislation (HB184 – thanks to cooperating sponsors Reps. Josh Dobson (R-Avery, McDowell, Mitchell), Julia Howard (R-Davie, Rowan), William Brisson (R-Bladen, Sampson), and Gale Adcock (D-Wake) to completely strip Treasurer Folwell of any power and of having any part in solving this current state health plan crisis. North Carolina Healthcare Association and Vidant Health of Greenville are the interest groups that have taken the lead in this opposition to Folwell.

What is this crisis, you may ask? The State Health Plan is in serious trouble., burdening the state with unsustainable unfunded liabilities. In fact, a recent report by the Pew Charitable Trusts confirmed that NC’s unfunded retirement and health care costs are among the worst in the country. The reality is that the Plan that Folwell inherited is only 5% funded, with $35 billion of the Plan’s liabilities being unfunded. Current spending projections estimate that the Plan will be insolvent by 2023 unless action is taken. Without action, the state Treasurer estimates that every man, woman, and child in the state would have to pay almost $3,200 each to cover our current promises of health care for state and local government retirees. The first group (above) finds this unacceptable.

And so, Treasurer Dale Folwel decided to take action. His plan, the “Clear Pricing Project” or “Clear Pricing Plan,” which he planned to launch in January 2020, would require health care providers to publish their prices and not alter or inflate them. Providing health care consumers pricing information upfront gives them the opportunity to shop around and compare; it sparks competition and ultimately reduces costs. Folwell understands this and explains this in promoting his Clear Pricing Plan.

In trying to get the Plan under control, Folwell approached the hospitals and asked that they provide him with the prices they charge for procedures, tests, scans, etc. It was clear that they were grossly overcharging the state under the State Plan. The request for transparency was flatly denied. The hospitals did not feel they needed to provide such information to Folwell. And then the plan to get the state Treasurer out of the way was hatched.

NC Healthcare Association and Vidant Health allege that Folwell’s plan will hurt the hospitals financially and will ultimately help drive rural hospitals out of business. It’s a scare tactic that apparently has worked on the NC General Assembly. Treasurer Folwell says the ads, the allegations, the attacks, and the scare tactics are fluff and nonsense. He assures that he would never allow a hospital to be closed down because of reforms to the State Health Plan. His goal is to prevent insolvency.

Could it be because he has the ability to reign in the hospitals with respect to its (un-explained) costs?

Taxpayers are tired of being taxed; they are tired of the unaccountability that comes from turning over their money and in return having a sub-standard public school education system, long waits at the hospital, dirty parks, crime-ridden communities, and finding out that their families do without so that others can be taken care of. Because they pay their state income taxes and are burdened in their ability to bring home a paycheck, they are entitled to expect government to work for THEM.

Typically, a legislator who heads a committee has the opportunity to “kill” a bill he or she does not support by not bringing it up for a committee vote (and hence moving it along the path to a floor vote). In extreme cases, the House Speaker (currently Tim Moore) will tell a Committee chair that he wants the bill to be voted on, and in such a case, the bill cannot be “killed.” [There are ways around this such as telling the House Speaker that if he wants it voted on, then he must move it to another committee]. In the case of HB184, House Speaker Moore instructed the Health Committee to move the bill along (ie, bring it up for a vote). And that is what happened yesterday.

The House Standing Committee on Health, of which Rep. Greg Murphy is the lead chair, brought the bill up yesterday morning for a vote. It was amended to shorten the length of time the Committee has to examine the State Health Plan situation, and then passed, without only two committee members voting against it. Dr. Murphy voted IN FAVOR OF the bill and fellow committee member Rep. Phil Shepard voted AGAINST it. (The other legislator who voted against it was Rep. Michael Wray, a Democrat).

There are 3 members of the NC House who are candidates for the US House from district 3. All 3 have taken a position on HB-184. Representative Greg Murphy, as mentioned above, SUPPORTS the bill and has helped it pass, while Rep. Phil Shepard OPPOSES it. Representative Michael Speciale, who is not on the Health Committee, says he attended the Committee’s hearing anyway and has vowed to fight HB184 if it reaches the floor of the House. 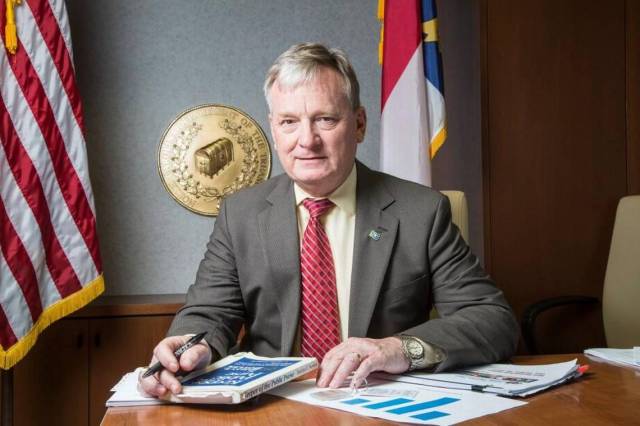