New from the APA: Masculinity is a Bad Thing

Posted on January 11, 2019 by forloveofgodandcountry 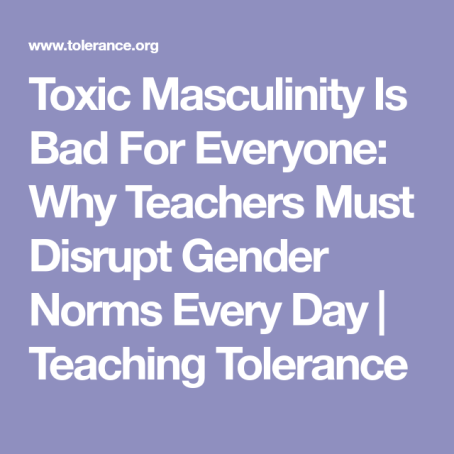 OK, the loony left has struck again. Liberals/progressives have finally left the planet. Lights out, nobody is home. They’ve “opened their minds” so much that their brains have literally fallen out.

Here is their latest mind-numbing thesis —

For the first time in its history, the American Psychological Association (APA) released guidelines concerning men and boys, saying that so-called ‘traditional masculinity’ is harmful to them.  Not only is it ‘harmful,’ according to the APA, but it could also lead to homophobia and sexual harassment.

The main thrust of their so-called research is that traditional masculinity – marked by stoicism, competitiveness, dominance and aggression – is, on the whole, harmful. According to the APA, their research shows “traditional masculinity is psychologically harmful and that socializing boys to suppress their emotions causes damage that echoes both inwardly and outwardly.”  The 36-page document goes on to coin the phrase “masculinity ideology,” which, as the APA defines, is “a particular constellation of standards that have held sway over large segments of the population, including: anti-femininity, achievement, eschewal of the appearance of weakness, and adventure, risk, and violence.” Of course, “masculine ideology” is understood to stem from traditional masculinity.

The research goes on to suggest that masculine boys may put their energy toward disruptive behaviors such as homophobia, bullying and even sexual harassment rather than strive for academic excellence.

The left is becoming more and more hostile to traditional masculinity, even coining the term “toxic masculinity.”  Liberal scholars use the term “toxic masculinity” to refer to stereotypically masculine gender roles that restrict the kinds of emotions allowable for boys and men to express and furthers conduct that solidifies men’s dominant position in society.  Some on the Left think “manliness” is something they must eradicate. Some on the left believe it causes violence, including rape. “Manning up,” they say is a toxic idea, forcing boys to act in a way they may not otherwise feel comfortable with. The left, clearly, has come up with a solution – we must emasculate them.  Let’s not understand men; let’s emasculate them. And that is now what the left is pushing in our schools.

As usual, schools are less about actual learning than allowing the government the opportunity to mold our children’s brains and to take our place as parents in raising them.

I don’t know about the APA, but shouldn’t we be grateful for traditional masculinity?  Hasn’t it been traditional masculinity that has safeguarded and taken care of women and children all through the ages. If men put their feelings first, would they have been able to “man up” all these years to do the hard work and make the hard choices to overcome adversity and to take care of their families?

The bottom line, it seems, is that liberals/progressives know better. All these years, we’ve apparently been raising our sons wrong.

I'm originally from New Jersey where I spent most of my life. I now live in North Carolina with my husband and 4 children. I'm an attorney
View all posts by forloveofgodandcountry →
This entry was posted in Uncategorized and tagged American Psychologiical Association, APA, Diane Rufino, liberals, man up, progressives, toxic masculinity, traditional masculinity. Bookmark the permalink.