The Next American Revolution – Taking Power Away from the Federal Government

Posted on February 3, 2018 by forloveofgodandcountry 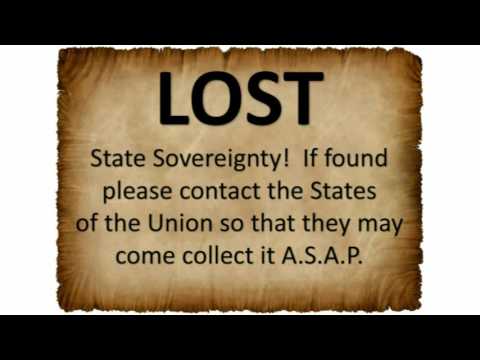 How refreshing it is to hear a political commentator talk – or at least hint – about themes such as States’ Rights, the Tenth Amendment, federalism, Nullification, and Interposition. And that’s what I heard when I listened to Steve Hilton on the FOX News Channel tonight. I thought I was transported back to Jefferson’s time. Such a serenade to my ears.

Steve Hilton, the former director of strategy for David Cameron, who was Prime Minister and leader of the Conservative Party in the United Kingdom from 2010 to 2016 who now hosts a weekly show for the FOX News Channel called “The Next Revolution,” gave this opening monologue on his show (Jan. 21):

“Today I spent hours listening to DC politicians try to explain the government shut-down. What an embarrassment they are. I’m sick of the political game, and I know you are too. First, let’s deal with the obvious…. It’s obvious that the shut-down was engineered by the Democrats in order to pander to their extremist base and deny Trump a political victory. Why else would they shove the DACA issue into the middle of the entire federal spending bill when it’s got nothing to do with spending. And besides, there is a separate negotiation on immigration that doesn’t have to be completed until March. But the real question is this: Why do we have to have this endless crisis over the federal budget? That is the long-term problem and for that, we can blame the Republicans just as much as the Democrats. There is a simple way to look at it: Power is Money, and the more money politicians have to spend, the more power they have. No one wants to give up their power so they continue to fight for money – YOUR money – to spend. Now, how do they decide what to spend it on? They spend it on those who really matter – the interest groups that got them there in the first place. On the Left, it’s the unions, especially the public sector unions. ON the Right, its usually big business and big donors. Each political party is fighting for its piece of the pie. The bigger the pie, the bigger the fight. This government shut-down is exactly what you would expect from a system as corrupt as ours. It is precisely a swamp in action, as Trump has said.

So the solution isn’t a short-term spending deal or even a long-term spending deal. It is a total re-think as to the size and function of the federal government. Go back to the Constitution. Everything that CAN be done by the States SHOULD be taken away from the federal government. Put more accurately, according to the Constitution, that is — Everything that doesn’t belong to the federal government should be returned to the rightful sovereigns – the States. This is what the Tenth Amendment says…. Education, healthcare, social services, transportation, welfare, and more. All of it should be decentralized! We’re tired of the incompetence and corruption of the government in DC. We the People have to take our power back and that means transferring it to where it is closest to us – at the State level and the local level. That’s where we can exert our political voice and make government responsive to our concerns and make government work for our benefit, as it was meant to.”

I suppose I should confess that I embellished Steve’s words – but just a bit.

For those who agree with Steve (and me, by the way), please consider getting involved in groups that share this conservative message.

I'm originally from New Jersey where I spent most of my life. I now live in North Carolina with my husband and 4 children. I'm an attorney
View all posts by forloveofgodandcountry →
This entry was posted in Uncategorized and tagged 10th Amendment, DC corruption, Diane Rufino, government corruption, state sovereignty, states rights, Steve Hilton, Tenth Amendment, The Next Revolution. Bookmark the permalink.