Posted on January 31, 2020 by forloveofgodandcountry 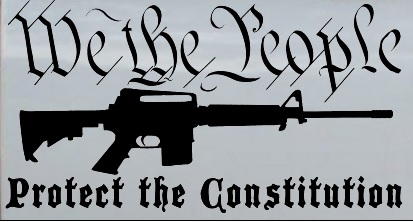 Resolution opposing any federal or state law that has the effect of restricting the individual right of a citizen of sound mind in North Carolina to keep and bear arms as recognized and protected by the Second Amendment of the United States Constitution and Article I, Section 30 of the North Carolina state constitution.

WHEREAS, the colonies in North America fought for their independence from Great Britain united under the principal of Individual Sovereignty, which holds that individuals have the inalienable right to Life, Liberty, and the Pursuit of Property and other forms of Happiness, that they have the right to design and form an appropriate government to secure and protect those rights, and they have the right always to alter or abolish that government in favor of one that better serves its beneficial purpose. These rights were enumerated in the Declaration of Independence; and

WHEREAS, the federal government in the first ten amendments to the US Constitution (the Bill of Rights) has been forced and tasked to recognize these rights, including other liberty and civil rights, and instructed to refrain from violating or burdening said rights; and

WHEREAS, the individual States in their individual state constitutions, have also recognized these inalienable rights, including other liberty and civil rights; and

WHEREAS, the gravest threat to Life is by firearms being used by an individual or group or army that has an intent to inflict grievous injury or to take a life; and

WHEREAS, because the gravest threat to Life is by firearms, and because the history of England/Great Britain and colonial America under the reign of King George III has confirmed that firearms have been used by governments to suppress, coerce, intimidate, silence, and threaten its citizenry (especially those it deemed to be a threat), our Founders deemed it necessary to include the Second Amendment;

WHEREAS, the Second Amendment was the amendment that was proposed most forcibly by the individual states in their ratification conventions; and

WHEREAS, the right of self-defense is acknowledged in the Second Amendment and in similar amendments in state constitutions that assert both the individual right to keep and bear arms (for self-defense and self-protection) and the collective right to do the same (when assembled in a militia to protect the state); and

WHEREAS, the Second Amendment and similar amendments in state constitutions acknowledge that individuals have the right to use the same caliber of firearms that an evil-intentioned individual, group, or even the government has access to; and

WHEREAS, the Second Amendment to the US Constitution guarantees: “A well-regulated Militia, being necessary to the security of a free State, the right of the people to keep and bear Arms, shall not be infringed”; and

WHEREAS, the words “Shall not” mean “Must not,” and therefore the Second Amendment can be read as follows: “A well-regulated Militia, being necessary to the security of a free State, the right of the people to keep and bear Arms, MUST NOT be infringed”; and

WHEREAS, Article I, Section 30 of the North Carolina state constitution guarantees: “Militia and the Right to Bear Arms. A well-regulated militia being necessary to the security of a free State, the right of the people to keep and bear arms shall not be infringed; and, as standing armies in time of peace are dangerous to liberty, they shall not be maintained, and the military shall be kept under strict subordination to, and governed by, the civil power. Nothing herein shall justify the practice of carrying concealed weapons, or prevent the General Assembly from enacting penal statutes against that practice”; and

WHEREAS, the Right of the People to Keep and Bear Arms for defense of Life, Liberty, and Property is regarded as an Inalienable Right by the People of _______________ County; and

WHEREAS, the right to keep and bear firearms is a protected right ONLY when those firearms are used for lawful purposes, such as self-defense, self-protection (of self and family, as well as others unable to protect themselves), and NOT when used to commit acts of violence, to torture or intimidate others, to further criminal activity, or to frighten others; and

WHEREAS, the People have a God-given right to protect themselves and an obligation to provide for the common defense; and

WHEREAS, a well-armed citizenry is the best protection against tyrannical government; and

WHEREAS, the right to self-defense and specifically (for purposes of this resolution), the right to keep and bear arms for that purpose, is an inherent right and therefore protected by Due Process. That is, the right cannot be denied to an individual of sound mind and body without a full opportunity to defend it. Consequently, nothing above should be taken to protect the right to keep and bear arms to an individual of unsound mind who has been proven to pose a threat to himself/herself and to others; and

WHEREAS, the United States Supreme Court in District of Columbia v. Heller, 554 U.S. 570 (2008), affirmed the operative clause of the Second Amendment is “the right of the people to keep and bear Arms, shall not be infringed” and therefore is the controlling clause. The Court further affirmed that the fundamental or central individual right is unconnected with service in a militia and is associated with the right to self-defense and for self-protection, which are lawful purposes; and

WHEREAS, the United States Supreme Court in McDonald v. Chicago, 561 U.S. 742 (2010), affirmed that the right of an individual to “keep and bear arms,” as protected under the Second Amendment, is incorporated by the Due Process Clause of the Fourteenth Amendment against the states, and

WHEREAS, the right enshrined in the Second Amendment and in Article I, Section 30 of the NC state constitution needs no justification such as economic, recreational, etc for it is as inherent and fundamental a right as the right to life itself (also needing no justification); and

WHEREAS, Alexander Hamilton, in Federalist Paper No. 78, asserts, “…No legislative act, therefore, contrary to the Constitution, can be valid. To deny this, would be to affirm, that the deputy is greater than his principal; that the servant is above his master; that the representatives of the people are superior to the people themselves; that men acting by virtue of powers, may do not only what their powers do not authorize, but what they forbid”; and

WHEREAS, Tench Coxe, noted federalist and friend of James Madison, in defense of the proposed Constitution, in the Pennsylvania Gazette of Feb. 20, 1788 wrote, “Their swords, and every other terrible instrument of the soldier, are the birth right of an American… the unlimited power of the sword is not in the hands of either the federal or the state governments, but, where I trust in God it will ever remain, in the hands of the people”; and

WHEREAS, it is the desire of the People of _________________ County to declare their strong affirmation of the Second Amendment to the US Constitution and Article I, Section 30 of the NC state constitution which recognize and guarantee protection for the inalienable and individual right to keep and bear arms; and

WHEREAS, the People wish to remind those in local government that each official has taken an oath to support and defend the US Constitution and the North Carolina state constitution, as well as those laws passed in faithful and legal adherence to such constitutions.

NOW, THEREFORE, BE IT RESOLVED that all federal laws, regulations, judicial opinions, and other edicts for the Country at Large which pretend to restrict THE PEOPLES’ arms in any fashion whatsoever are unlawful as in violation of our Declaration of Independence; and are unconstitutional as outside the scope of powers granted to the federal government in the Constitution of the United States; and as in violation of the Second Amendment; and

AND BE IT FURTHER RESOLVED by the _____________ County Board of Supervisors that the Board intends to vigorously uphold the Right of the Citizens to be armed and to that effect, will encourage citizens to register for weapons training and firearms safety training (and perhaps even set aside funding for such programs); and

FINALLY, BE IT RESOLVED that the good and decent People of ____________ County encourage their Sheriffs to use the aforementioned truths to guide their exercise of discretion in their jobs; that said truths will support and guide their sound discretion to not enforce any unconstitutional firearms law against any citizen of sound mind and body; and

AND BE IT RESOLVED that the good and decent People of ______________ County demand that the Board of County Commissioners do not appropriate funds for the expansion of prisons for the purpose of incarceration of individuals arrested for violating unconstitutional gun control laws or for capital construction of building space and purchase of storage systems to store weapons seized pursuant to any unlawful piece of legislation.

**** Michael Boldin, the founder of the Tenth Amendment Center, has a video out about local Second Amendment Protection Resolutions and about “Second Amendment Sanctuaries.”  It is titled “The Best Second Amendment Resolution By Far,” and addresses an excellent Model Resolution written by the profound legal expert Publius Huldah. Check the video out.  –   https://blog.tenthamendmentcenter.com/2020/01/the-best-2nd-amendment-resolution-by-far-so-far/