Posted on December 23, 2019 by forloveofgodandcountry 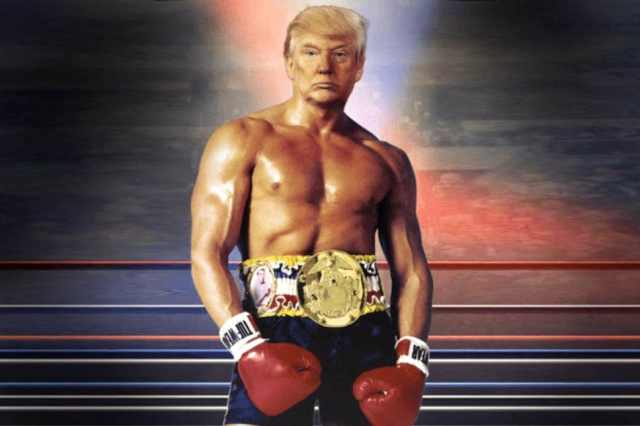 This is re-affirmed to us every single day.

Trump took on the historic tasks of making America great again, draining the DC swamp, and returning the government to the people, as he promised in his inaugural address. For these admiral goals, he has been vilified, persecuted, and hated.

For these admirable goals, we are witnessing evil-intentioned partisan political insiders attempt something that was also attempted in 1868 with Andrew Johnson – a political coup to oust a president that is intent on frustrating the policies and goals of a political party. The Radical Republicans wanted to punish the defeated southern states and use the freed slaves to re-make the body politic in the south to reject the Southern Democrats and to align with them politically. Only then would Lincoln’s War to force the South Back into the Union achieve its ultimate goal – to re-join the Union and to go back to paying all the protective tariffs. Johnson was impeached in the House for violating the Tenure of Office Act (hastily passed by the Radical Republicans to prevent him from removing the vile and ambitious Secretary of War (Edwin Stanton) that Lincoln had appointed but saved in the Senate from removal by only 1 vote. The Tenure of Office Act, by the way, was found to be unconstitutional. [Sounds like today’s ambitiously blind Democrats!]. Nancy Pelosi, Adam Schiff, Jerry Nadler, and the rest of the ilk initiated impeachment hearings after almost 4 years of conducting a witch hunt in their frenzied attempt to remove Trump from office. Since there was no crime to attach to Trump, one had to be found (or made up) – the so-called “insurance policy.” For that, a witch hunt needed to be initiated. And politically-motivated elements of the Obama administration, including Obama himself and the likes of James Comey, Andrew McCabe, Rod Rosenstein, Peter Strzok and Lisa Page, were happy to accept the Steele dossier that was given to them by the Hillary Clinton campaign together with the DNC without verifying or confirming its accuracy and veracity. Why? Because the ends justified the means. When political insiders attempt a coup, they don’t care that it is based on actual facts or evidence of actual wrongdoing. And so these ambitious and rogue elements of our government presented this unverified and unproven dossier to the FISA court in support of its application for FISA warrants to spy on members of the Trump campaign, and withheld KEY information that the judges would have needed to prevent a fraud from being perpetrated on the court. These persons (criminals) without information proving the highly partisan nature of the information (it was intended merely for “opposition research” to be used against Trump by Clinton in her campaign, plus it was paid for by her and the DNC), withheld information undercutting the truth of the information (no verification at all; the only information to support it was given by Steele himself – from an article that he wrote – totally self-serving), and withheld information which would have persuaded the FISA court to protect Trump’s privacy (exculpatory information). The real Russian Collusion scandal was between Hillary Clinton, the DNC, Obama, the FBI and DOJ, and the mainstream media – for the sole purpose of interfering with the 2016 presidential election.

WE MUST DO ALL IN OUR POWER TO SUPPORT DONALD TRUMP THRU THESE TRYING TIMES and MOST IMPORTANTLY, SUPPORT HIM in 2020 !!

I'm originally from New Jersey where I spent most of my life. I now live in North Carolina with my husband and 4 children. I'm an attorney
View all posts by forloveofgodandcountry →
This entry was posted in Uncategorized and tagged Adam Schiff, Andrew Johnson, Democrats, Diane Rufino, Donald Trump, impeachment, Nancy Pelosi, President Trump, Trump. Bookmark the permalink.