Posted on August 13, 2019 by forloveofgodandcountry 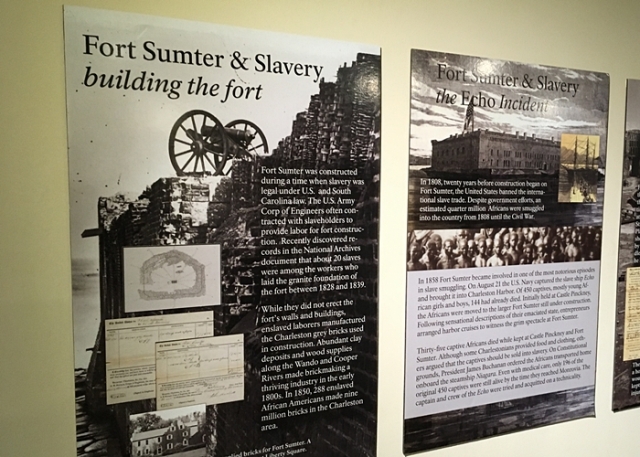 Based on the article “Revisionism” by Andrew P. Calhoun, with an introduction by Diane Rufino

Anyone who knows me knows how much I love history and how much time I spend reading and researching historical events. I don’t want to read some liberal historian’s take on history or some progressive professor’s view of history. I want to know exactly what happened, why it happened, and the conditions, the views, the cultural norms, the customs that defined the particular time period. I look to primary documents and recordings/documentation at the time of the event, by those who were involved, who were affected, or who were witnesses.

For example, I know for a fact that the Civil War (the War of Northern Aggression; aka, the War to Prevent Southern Independence; aka, the War Between the States) was NOT started over slavery and Lincoln did not initiate hostilities with the South or invade the South in order to subjugate those states back into the Union for the purpose of abolishing slavery. Addressing slavery only became a war measure later in the war when the North realized it was losing and needed to re-energize its effort and to prevent any European powers from entering the war on the side of the South (which they were likely to do). Yet, when my husband and I visited Fort Sumter in Charleston two summers ago, I was stunned to see that the museum focused primarily on slavery and its role in the starting the war, as well as the glorification of Abraham Lincoln – the president who bravely “saved the Union.” In the book store, were there any books on why the South chose to secede? NO. Were there any books on the bravery of Jefferson Davis in his decision to head the Confederate States and to defend the principles of the Declaration of Independence? NO. Were there any books on General Robert E. Lee and his bravery in deciding to defend the rights of his state and the new union Virginia had joined rather than in subserviently going along with Lincoln’s scheme to force the southern states back into the union with the northern states? NO. Were there books on slavery? YES. Almost all the books were about slavery or about particular slaves.

I asked the woman who looked to be in charge of the museum and asked why the history presented was so clearly skewed, so biased against the South, and so historically inaccurate. She told me that the museum was run by the US Parks Service and out of the hands of South Carolina or Charleston.

There it was – government indoctrination…. a dishonest government trying to convince Americans, especially our youth and un-informed adults, that the North had only the most noble reasons for pursuing war against the South and that the South was evil and seceded for the sole purpose of protecting and preserving slavery. Of course, I should have expected this from our government. The victors get to tell the story. They get to tell the story that supports their action and conduct (including all the unconstitutional and tyrannical government action) while demonizing those they defeated.

Here is an article I found by the Abbeville Institute that explains WHY our Civil War sites are pushing the slavery narrative:

Does anyone remember United States Congressman Jesse L. Jackson, Jr.? I mean, for something other than being the son of The Reverend Jesse L. Jackson, Sr. and for being sentenced to 30 months in jail for violating federal campaign ﬁnance laws.

Well, I do. It was Jackson, Jr who, in 1999, amended an appropriation bill for the Department of Interior. The language in his amendment required that the National Park Service (NPS) include mention of the ”unique role that slavery played in the cause of the (civil) war” in all their Battleﬁeld Park presentations. Jackson’s amendment reasoned that the NPS battleﬁeld tours were long on battle history, but short on the history of the cause of the war. He also concluded that African-American attendance at the Parks was sparse because the history made them feel uncomfortable. But, alas, there is no constitutional right to feel comfortable.

With the passage of this amended bill, the United States Government opened a historical Pandora’s Box and inserted itself into the arena of revisionism. The NPS initiated a program at their Battleﬁeld Parks that presented the war as a ﬁght to end slavery rather than a war between two regions of the country that were hotly divided politically and economically. By mandating their personnel promote slavery as the reason for the war, the NPS ignored a century and a half of irrefutable historical facts to the contrary.

It is well documented that the seeds for the War Between the States were sown in the 1820’s and 1830’s when Northern industrial capitalism began disrupting Southern agricultural capitalism through the imposition of discriminatory taxes and tariﬀs. A series of tariﬀs on imported goods almost led to Southern secession, and war, after the Tariﬀ of Abomination was passed in 1828 followed by the Force Bill in 1833. Other tariﬀs ensued and little, or none, of the revenue generated by these tariﬀs ever returned to the South in the form of investment or infrastructure. By late 1860 the South had enough and South Carolina led the secession movement.

In his March 4, 1861 Inaugural Address, President Abraham Lincoln expressly declared that he proposed no interference with slavery in the States. Two days earlier, the Corwin Amendment was put forward to change the United States Constitution so as to shield “domestic institutions” in the states from any further constitutional amendment process and from abolition or interference by Congress. Although the Corwin Amendment did not explicitly mention slavery, it was designed to protect slavery from federal power. Congress proposed the Corwin Amendment on March 2, 1861, but it was not ratiﬁed by the requisite number of states because of the outbreak of the war. If slavery was the sole cause of the war, why didn’t the Northern Congress pass a constitutional amendment to abolish slavery instead of one that would protect it forever.

Four days after the ﬁrst major battle of the War Between the States, the Union Congress enacted a resolution on July 25, 1861, known as the War Aims Act. It declared that the War would be fought by the North only to preserve the Union and not to abolish the South’s “peculiar institution” of slavery. Therefore, Lincoln’s own words and the actions of his government conﬁrm slavery was not the cause of the war.

Two years after the war started, Lincoln issued his 1863 Emancipation Proclamation to announce the freeing of slaves in the North and in Union occupied areas of the South. This was a war measure designed to cause panic in the ranks of the Confederate soldiers hoping they would desert and return to their homes and farms fearing a slave rebellion. The Confederacy was not subject to Union law, a slave rebellion never materialized, and the Proclamation freed very few slaves.

Considering the foregoing, it should have been historically diﬃcult for the NPS to proclaim that it was slavery that divided the North and South and caused a war. Nevertheless, the NPS took that position and promoted a misguided storyline whereby the North equaled good and the South equaled bad despite the fact slavery had legally existed in both regions of the country for almost 200 years by the time of the war.

To avoid potential budgetary conﬂicts, the NPS quickly moved forward with Jackson’s strong arm plan to revise the Battleﬁeld Parks’ history lessons. Afterward, many social justice groups started their own versions of the “North/good—South/bad” narrative. Before long, all things Southern (in general) and all things Confederate (in particular) were attacked as racist and oﬀensive symbols, or “reminders” of slavery. Monuments were vandalized or taken down, artwork removed, streets renamed, and some groups even suggested that certain cities be renamed. History and facts aside, the social justice warriors (SJW) forged ahead with their campaign to expunge these “reminders.” However, the reality is that one must actually experience something in order to be reminded of it and, obviously, none of today’s SJW have ever experienced slavery.

These symbols are lifeless objects that have no ability to oﬀend or remind. People must be taught what to think about them. Through their constant moral posturing, SJW are instructing their followers how to interpret these symbols This trend continues today and is a growing social justice cancer that has now morphed into “presentism” whereby historic events of the past are deceitfully judged by current social ideologies.

In the two short decades since Jackson engineered the federal government’s foray into historical revisionism, social justice warriors have intensiﬁed their shameless politically correct eﬀorts to transform our past and eradicate Southern history. As 18th century British statesman and philosopher Edmund Burke said: “All that is necessary for the triumph of evil is that good men do nothing.” It is long past time to push back, resist those eﬀorts, and reestablish that Southern history is American history.

***  Please check out the ABBEVILLE INSTITUTE BLOG for the outstanding articles their members and contributors write, as well as for the invaluable history lessons it teaches.  The legacy of the South will live on only as long as successive generations learn and then teach that truthful legacy.   The Abbeville Institute blog – https://www.abbevilleinstitute.org/blog/

Leave a Reply to The Tactical Hermit Cancel reply