THE DAY THE HEARTBEAT DIED

Posted on June 6, 2019 by forloveofgodandcountry 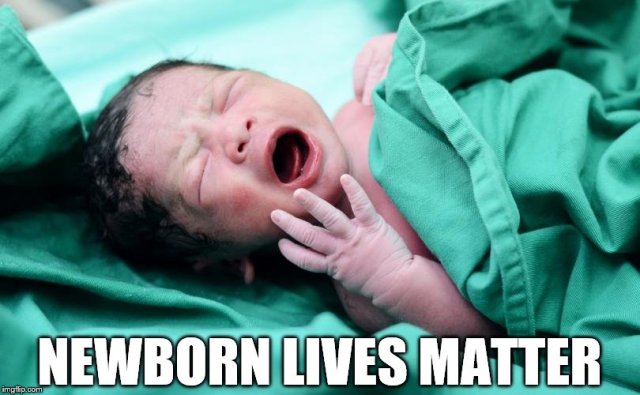 It was a very sad day in North Carolina yesterday at the NC General Assembly… a very tragic day indeed. Yesterday, members of the NC House had the opportunity to over-ride Governor Cooper’s veto of the “Born Alive Abortion Survivor’s Protection Act” (SB-359). The bill has nothing to do with abortion, has nothing to do with a woman’s reproductive rights, nor anything to do with a woman’s health. It has everything to do with the standard of care that a baby deserves who happens to be born as a result of an unsuccessful abortion and who was not wanted. The bill’s title, “Born-Alive Abortion Survivor’s Protection Act” says it all…. The bill is aimed at a baby, born alive and separated completely from the mother who did not want it. It has no ties any longer to the mother because she had made it clear with her decision to abort it that she wants nothing to do with it. It no longer impinges on her health or her reproductive rights because again, it has been separated from her body. This bill, then, focuses on a newborn baby, an individual and independent life, and how we in North Carolina will treat that new life. Will it be treated with the same care as any other newborn baby? Will it even be viewed the same as any other newborn baby? Does it matter that it came into the world not wanted by its mother? On the steel abortion table with an abortion doctor, instead of in a birthing room with an obstetrician, a baby is a baby, plain and simple. God doesn’t see any difference and neither should those who purport to love Him. The purpose of the bill was precisely to ensure that a baby born alive, breathing, and with a heartbeat receives the same standard of care that any other baby receives (including preemies, the result of a miscarriage or even the result of an accident or act of violence); the bill makes sure that a survivor of an abortion receives the standard of care it deserves. In essence, the bill assures equal treatment and equal protection.

The NC Senate was able to over-ride the Governor’s veto, but sadly, NC House Democrats refused to break from their political moorings and voted to sustain the veto. The over-ride failed, by a vote of 67-53, and the Born-Alive Abortion Survivor’s Protection Act was defeated. Every Republican voted for the bill and every Democrat, except two (Rep. Charles Graham and Rep. Garland Pierce) voted against it. After thousands of calls and emails to Democrats appealing to their conscience and asking them to vote in favor of life rather than according to progressive party platform, after the impassioned testimonials of two survivors of botched abortions (Gianna Jessen and Claire Culwell), and after the heartfelt pleas of several Republican lawmakers on the House floor speaking for the helpless survivors (Reps. Larry Pittman, Michael Speciale, Keith Kidwell, and Greg Murphy, and House Speaker Tim Moore), no additional Democrats felt compelled to vote for the over-ride. Instead, if you can believe it, two Democrats who originally voted in favor of the bill switched position to vote against the bill (ie, to support the veto). All that was asked of the democrats was to vote as a human being and not a political prop; all that was asked was for them to do the human thing. But apparently, they caved under the pressure from Cooper and his thugs.

North Carolina had the chance to make a historical and significant decision yesterday, for good; instead, it was a historic day for opposite reasons. We had a chance to stand out for our morality and our human values, but now we join with the rest of the wretched heap of states that are defined by their immorality and inhumanity.

No baby should be punished just because he or she is an inconvenience. We are all an inconvenience on someone else at some point in our lives. And every child, even if unwanted and destined for death because of the mother’s choice per her right to have an abortion, is deserving of healthcare and life-saving medical assistance should he or she survive that horrendous ordeal. How can a person call himself or herself a human being if he or she cannot acknowledge that is simply the right thing to do? Who is next – our elderly? Our infirm? Our crippled?

The NC house democrats who voted to sustain the Governor’s veto are evil and inhuman, and we suspect that those who continue to send them to Raleigh are the same. Do not believe them if they try to tell you they are Christians. As Rep. Larry Pittman said on the house floor: “MY Jesus would never have approved of such a vote.”

Sadly, these democrat legislators ignored and violated the very oaths they took when they agreed to be seated in the NC General Assembly. They swore an oath, promising to God, that they would uphold the state Constitution, the US Constitution, and the law. What is the law?

The Declaration of Independence assures: “We hold these truths to be self-evident, that all men are created equal, that they are endowed by their Creator with certain unalienable rights, that among these are life, liberty and the pursuit of happiness. That to secure these rights, governments are instituted among men, deriving their just powers from the consent of the governed. That whenever any form of government becomes destructive to these ends, it is the right of the people to alter or to abolish it, and to institute new government, laying its foundation on such principles and organizing its powers in such form, as to them shall seem most likely to effect their safety and happiness…..”

The US Constitution is built on the Declaration and secures all of the individual’s inalienable and liberty rights (the Bill of Rights). The Fourteenth Amendment further assures that all persons cannot be denied these rights. It reads: “All persons born or naturalized in the United States, and subject to the jurisdiction thereof, are citizens of the United States and of the State wherein they reside. No State shall make or enforce any law which shall abridge the privileges or immunities of citizens of the United States; nor shall any State deprive any person of life, liberty, or property, without due process of law; nor deny to any person within its jurisdiction the equal protection of the laws.”

And the NC state constitution provides in Article I (Declaration of Rights) in Section 1 (The Equality and Eights of Persons): “We hold it to be self-evident that all persons are created equal; that they are endowed by their Creator with certain inalienable rights; that among these are life, liberty, the enjoyment of the fruits of their own labor, and the pursuit of happiness.”   No legislator can be true to his of her oath and allow babies born alive to be denied inalienable rights.

Again, the very title of the bill acknowledges that a baby that survives an abortion is born “ALIVE.” To be “alive” is to be a LIFE. Every life is a “PERSON.” The fate of a baby born alive is no longer subject to the mother’s so-called “reproductive rights.” It is an independent, new unique life. If the mother doesn’t want it, that is one thing; but she has no right (nor does anyone else, including the doctor or any other healthcare professional) to terminate its life. The healthcare profession is still guided by the Hippocratic Oath (the physician “shall do no harm” which includes withholding care). The newborn baby, although not wanted by its mother, is a person which now has the same rights as you and me and every other person. It has the protections recognized by the US Constitution (including the 14th Amendment), the Bill of Rights, the NC state Constitution, and the Declaration of Independence. It has the right to life and the state cannot interfere or deny that right. To be clear, the NC house democrats violated their oath by voting against SB-359 and denying the survivors of an abortion the affirmative assistance of physicians (albeit abortion providers) and other healthcare professions, knowing the likely expectation that some will allow such babies to expire. These babies, as Reps. Kidwell, Pittman, Murphy, Speciale, and Moore acknowledged, are North Carolinians the moment of birth and are entitled to the protection of life and all equal protections under the law.

Between the recent federal court striking down North Carolina’s long-standing abortion law (no abortion after 20 weeks except if the mother’s life or health is imperiled) and today’s over-ride of SB-359, North Carolina now not only allows a woman to have an abortion at any time in her pregnancy, but if that baby happens to be born alive, they can deny it medical assistance so that it will die. House Democrats have said it’s OK to allow infanticide in our state.  North Carolina is now like New York.

There is a cancer in our society and it’s called the Democratic Party. If the heartfelt, compelling, tear-filled testimonies of those two wonderful ladies, the abortion survivors Gianna Jessen and Claire Culwell, could not convince even one Democrat to vote in favor of the override and legislatively ensure that survivors of abortion, those scared little babies – traumatized, harmed, in need of assistance, love, compassion, comfort – are given the same treatment as those born alive in any other circumstance, than nothing will touch their cold dark hearts. As human beings they had the chance to do the human thing and they didn’t.

I am reminded of what Thomas Jefferson once wrote: “And can the liberties of a nation be thought secure when we have removed their only firm basis, a conviction in the minds of the people that these liberties are of the gift of God? That they are not to be violated but with his wrath? Indeed I tremble for my country when I reflect that God is just: that his justice cannot sleep for ever…”

The life and liberties of every newborn are gifts of God. Those gifts are bestowed on us the minute we are conceived (or in the alternative, when life fills our little bodies). Democrats have voted to condemn those not wanted, taking their lives from the promise God has given and putting them instead in the hands of men and woman who are indifferent to the value of life. If we don’t right this wrong, we can’t expect God’s protection. We can expect his wrath however.

3 Responses to THE DAY THE HEARTBEAT DIED