REJECTING HATE: The #WalkAway Campaign is the Second Most Significant Political Movement of Our Time

Posted on July 2, 2018 by forloveofgodandcountry 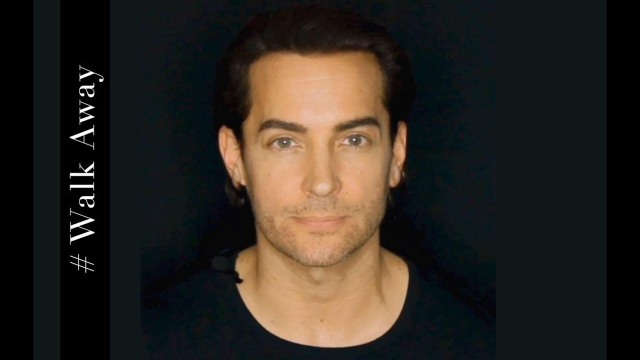 The rejection of establishment party politics and politicians, of course, was the first. That movement led to the election of Donald Trump – probably our most ambitious, most singularly-focused, most America-centric, most Jeffersonian president since Ronald Reagan.

This new movement, the “#WalkAway Campaign,” is one of exposing the evil agenda of the Democratic Party and decision to reject and walk away from it.

The #WalkAway movement began on May 25 on Facebook. A young man named Brandon Straka, a gay hairdresser in New York City, posted a video of himself explaining why he was leaving the Democratic Party, thus inspiring an exodus from the party.

Today I’m kicking off the #WalkAway campaign by releasing my video about why I am walking away from liberalism and the Democratic Party. It is my sincere hope that you will join me in this campaign and that we may start a movement in this country which not only encourages others to walk away from the divisive left, but also takes back the narrative from the liberal media about what it means to be a conservative in America. It is up to all of us to make our voices heard and reclaim the truth.

The Democratic Party has taken for granted that it owns racial, sexual, and religious minorities in America. It has encouraged groupthink, hypocrisy, division, stereotyping, resentment, and the acceptance of victimhood mentality. And all the while, they have discouraged minorities from having independent thought, open dialogue, measured and informed opinion, and a motivation to succeed.

Please like and share my video, and please post your own #WalkAway video!!  If you are a former liberal who has walked away from the left, please share your story, or your message, or your thoughts in a video on the WalkAway Campaign Facebook Page.

If you are a lifelong conservative or non-Democrat, please share your story, message, or thoughts on what it truly means to be a conservative. Right now, the liberal media continues to perpetuate a false narrative about the “hateful” and “bigoted” right. Use your voice to let people know who conservatives really are. Be sure to use the hashtag #WalkAway.

Straka’s video has quickly morphed into a major force on social media and beyond. According to an article last Thursday (June 28) in the Epoch Times, some five million people on Facebook and YouTube alone (not even including all those on Twitter) have seen his very honest and very thought-provoking video describing his awakening to the insanities of liberalism and the Democratic Party.

In his video, Straka explains: “I reject a system which allows an ambitious misinformed and dogmatic mob to suppress free speech, to create false narratives, and to apathetically steamroll over the truth. I reject hate.”

Brandon Straka’s video can be found on the Facebook page he created for the campaign – WalkAway Campaign (@walkawaycampaign) or using this link:  https://www.facebook.com/usminority/videos/486555651765405/

Straka began to question his political and ideological loyalty to the Democratic Party after the election of Trump. He began to research the so-called news put out by the left-wing (mainstream) media and found out that a lot of it was simply not true. And what wasn’t false was either greatly distorted or horribly biased. He had friends who had lost jobs because of Obama’s excessive government regulations. When he asked people from his small hometown in Nebraska why they had voted for Trump, they told him that Democratic government policies, and especially those of Obama (including his healthcare bill) were killing their small businesses. These business owners (job creators) hadn’t been able to grow their businesses in over 10 years and in fact, they were finding it harder and harder to even stay in business.

This was the reality that the mainstream media never talks about nor the problems that the Democratic Party wants to acknowledge or address.

And then came the Democrats’ campaign of fear and hatred, from the Women’s March last January, to the Antifa attacks, to the mean-spirited and filthy remarks of liberal so-called comedians, talk-show hosts, and members of Hollywood, to the most vile of threats and comments towards Trump, the first family, and members of the administration on social media, to the pictures and re-enactments and suggestions of a Trump beheading or assassination, and now to the Maxine Waters’ type narrative about “stopping the Republicans at all costs,” about “confronting them and harassing them” even at their homes and with their families at restaurants, gas stations, movies and shows, and letting them know “they’re not welcome anymore, anywhere.” (in their own country, in a country they pay taxes to, simply for having a different political opinion!).  The most serious, according to Straka, are the messages that, under the guise of free speech, are really intended to incite violence across the country. For many unhinged individuals, they don’t need much prompting; they are ready to snap at any moment. And the Democrats, and especially the mainstream media, are ever so ready to spin the tragedy into a political opportunity.

“This is a matter of the media specifically using and manipulating people’s deepest fears, based on legitimate traumas,” Straka explained.

“Can you imagine manipulating domestic violence just for political purposes?”

Although he was troubled and conflicted, he was afraid of losing all his friends. As he began posting things on social media which didn’t comport with the narrative of the Democratic puppet masters, people started attacking him and unfriending him.  He was being discriminated all over again. First homophobia, and now politiphobia.  He was being discriminated against for daring to be an independent thinker and for questioning the policies, the antics, and the motives of his political party.

But what finally pushed Straka to leave the Democratic Party?  What pushed him to make the video – to make his very public decision to walk away?

He said he needed to address the hate and the party’s manipulation. “I thought, ‘You know what, this is too important.’ Maybe it’s the fact that I’m a gay man and I’ve already been through this—people making up lies about what it means to be gay and trying to shame me. I was like, ‘I’m not doing it. I’m not doing this twice.’

As he explains: “The #WalkAway movement is so much more than a hashtag on Twitter. This is a testimonial campaign, a grassroots movement that is going to change the political landscape of this country.”

Straka has become the unlikely face of the new “silent majority of Americans” but he is not the only one. Facebook, Twitter, Instagram.. they are just some of the social media outlets full of brave testimonials and self-professed walkers.

Here is the full transcript of Brandon Straka’s video. It is powerful:

Once upon a time, I was a liberal. Well, to be honest, less than a year ago, I was still a liberal. I became a liberal because I believed I found a tribe whose values aligned with that of my own. I staunchly reject racism of any kind, I reject the marginalization of any human being based off of their gender or sexual orientation. I reject tyrannical group think, I reject a system that allows an ambitious misinformed and dogmatic mob to suppress free speech, to create false narratives, and to apathetically steamroll over the truth.

For years now, I have watched as the left has devolved into intolerant, inflexible, illogical, hateful, misguided, ill-informed, un-American, hypocritical, menacing, callous, ignorant, narrow-minded rhetoric and at times, blatantly fascistic behavior. Liberalism has been co-opted and absorbed by the very characteristics it claims to fight against. For years now, I’ve watched as people on the left have become anesthetized to their own prejudices and bigotry and to the prejudices and bigotry of those around them who echo their values. I’ve watched these formerly-sensible people, who claim to reject racism, come to embrace the principles of universally hating and blaming all of society’s problems on people who have white skin. I’ve witnessed the irony of advocacy for gender equality morph into blatant hatred and intolerance of men and masculinity. I’ve seen this once-earnest fight for equality for the LGBT community mutate into an illogical demonization of hetero-normity and the push to vilify and attack our conventional concepts of gender. These same self-proclaimed victims of intolerance are turning on the gay community that they once attached themselves to to advance their agenda, now calling gay people ‘privileged’ and themselves ‘victims’ of injustice. I’ve watched as the left has allowed themselves to become hypnotized by false narratives and conclusions, perpetuated by social justice warriors who misrepresent and misconstrue facts and evidence and events to confirm their own biases that everyone who does not comply with their prejudicial conclusions is a Racist, a Bigot, a White Supremist, a Nazi… homophobic, Islamophobic, xenophobic, misogynist, and Al-Right Extremist. And I’ve watched as they’ve used these heartless and carelessly-assigned labels to intimidate, threaten, bully, silence, attack, un-employ, blacklist, and destroy anybody who dares to fight back. They’ll come for me and then they’ll come for you. And worst of all, the Democratic Party and the liberal media have embraced, affirmed, aided, and abetted this cult ideology. In an effort to gain voters and maintain power, the Democratic Party that I once loved has joined forces with the extremist left. The Democratic Party and the liberal media now believe their own ill-gotten conclusions and have ominously decided that they – and ONLY they – know the remedy for society’s ills.

The Left has decided that the solution to the problem of race relations in America is more racism. The Left has decided that attacking, insulting, and dehumanizing one group of people elevates another. The Left now believes there are no boundaries when telling lies, omitting the truth, or misrepresenting the facts when telling the news because their end justifies their means. The Left has now decided that its point of view is the ONLY acceptable one and that suppressing, censuring, and banning open debate is virtuous and progressive. The Democratic Party has adopted a deleterious belief system, happily and without skepticism, separating people into groups based off of identity and then organizing them into camps of ‘victims’ and ‘oppressors.’

This is the Democratic Party’s greatest and most insidious lie.

Once upon a time I was a liberal. But liberalism has changed. And I will not be part of an ideology or political party that represents everything that contradicts the values of unity, equal opportunity, personal empowerment, compassion, and love. And so, I am walking away.

I encourage you to do the same.

Real political Power comes from the individual, and not from a political party, although that may seem very hard to believe. Individuals who are respectful, intelligent, and articulate, like Brandon Straka, who can express genuine issues and concerns, are the ones who can get things done and the ones who can build bridges. Mob-style, un-intelligent, zombie-like group think is counterproductive. Submitting unconditionally and unquestioningly to a political party is an abdication of civic duty and a lazy man’s exercise of his fundamental first amendment rights.