What Our Founding Generation Would Have Said About Obamacare

Posted on March 5, 2017 by forloveofgodandcountry 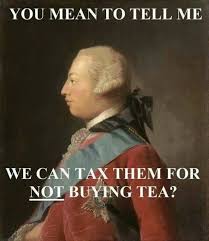 Although we are on the verge of having President Obama’s signature piece of legislation, the Patient Protection and Affordable Care Act (aka, “Obamacare”) repealed and replaced, I am writing this piece to remind folks of the loss of freedom we suffered at the hands of President Obama and his administration with the unconstitutional and universal healthcare scheme he misrepresented and then forced on the American people.

The assault on the precious liberties of the American people were realized by only a handful (and certainly not the liberal members of the Supreme Court) and to half of these, it didn’t matter. When I talk about those who could care less, I am referring to the Republican members of Congress, who for years seemed unable to craft legislation or summon a vote.

Certainly, the caliber of an “American” has changed. We should all shutter for the future of our republic and for the security of the liberties our forefathers fought a revolution for. The debacle known as Obamacare has shown that they are never secure in the face of a hostile president who uses a “phone and a pen” and secret meetings to pressure legislation that that are violative of them.

Yes, it would be wonderful for everyone to have healthcare insurance to help them with their healthcare costs. It would be great if insurance didn’t make it cost prohibitive for those with pre-existing conditions. It would be great if times were like they were many years ago when everyone went to school, took their education seriously, got a job, and took care of themselves and their families. But jobs are scarce and people willing to invest in themselves and look for a job are even scarcer. It would be great if people took stock of their health and avoided tobacco, drugs, and fattening foods so that they are not obese and prone to diabetes and heart disease and therefore put an enormous strain on our healthcare system, but they don’t.

Yes, there are poor people out there. Some are poor because of a legitimate situation but most are poor because of a mindset and lifestyle choice. Some complain about being poor but don’t want a job; they merely want to be made more comfortable in poverty, which the Democratic Party is all-too-happy to do. Dependents make the most loyal voters. Why would anyone want to set an alarm to get up early every morning, worry about shuffling their kids to daycare, deal with traffic on the roads, put up with bullshit at work, put up with a horrible boss, have to show up even when they don’t feel well, strive to earn a decent performance evaluation just to hopefully be able to take home the same amount of money the following year, stress out about whether he or she has job security, balance work with other parenting obligations (such as when children get sick), and deal with limited days off when they could stay home, sleep late, get a welfare check from the government, have their apartments paid for, heating and air-conditioning paid for, food paid for, daycare covered (even though they aren’t working), a free cell phone, and free healthcare. Why do they need to work? Why would they even want to work?

American used to produce things. Americans used to be productive citizens. They were ambitious, resourceful, proud. Our government programs are creating the human waste and decay that is beginning to define America and destroy our cities, our schools, and our ability to live contently amongst each other. How can one group of Americans, who work hard, raise their families responsibly, pay their taxes and then find out that those exceedingly high taxes are going to pay for others and their families, have any respect for the latter? They don’t. They don’t look at them as equals.

And so, a lesson taught so well that it inspired a revolution has been lost on today’s generation of Americans. And that lesson was to never yield individual liberties to the designs of government, even if those designs are well-intentioned. Supreme Court Justice Louis Brandeis once wrote: “Experience should teach us to be most on our guard to protect liberty when the government’s purposes are beneficient… The greatest dangers to liberty lurk in insidious encroachment by men of zeal, well-meaning but without understanding.”

The lesson of the Boston Tea Party, an act of civil disobedience and protest that inspired today’s Sons of Liberty movement (the Tea Party), is an important and timeless lesson.

On the night of December 16,1773, members of the Sons of Liberty dressed as Indians, boarded three ships in the Boston harbor, and tossed 342 chests of tea overboard. They did this to protest the Tea Act. The Tea Act was actually not so bad in its provisions – it provided a high-quality tea, at lower costs than the colonists had been used to, and at a lower tax than what they had been previously used to. So why were the colonists so upset?

The Tea Act of 1773 was a follow-up to the Revenue Act, which was one of the laws in the hugely unpopular Townshend Acts. The Townshend Acts set new import duties (taxes) on British goods including paint, paper, lead, glass and tea. Due to protests from British merchants, whose trade was seriously effected by the American colonists refusing to buy the goods, Parliament ultimately repealed all of the duties (taxes) – except the tax on tea.

The principal objective of the Tea Act was to reduce the massive amount of tea held by the financially-troubled British East India Company in its London warehouses and to help the struggling company survive and to do so, it created a monopoly on the sale of tea to the colonies to the East India Company. It allowed the East India company to sell its large tea surplus below the prices charged by colonial competitors and thus under-cut and threatened local tea merchants. It was able to sell its tea at lower prices because the Act granted the Company the right to ship its tea directly to North America from its China warehouses (without first stopping at Britain to pay export duties). However, as mentioned earlier, the tea imposed on the colonies was still subject to the tea tax under the Revenue Act.

1. Tea could be shipped in East India Company ships directly from China to the American colonies, thus avoiding the tax on goods first due England, as required by previous legislation.

2. A duty (tax) of 3 pence per pound was to be collected on tea delivered to America. [The previous duty (tax) was 12 pence (1 shilling) per pound, which was paid on tax which had been sent from Britain, so colonists would be paying LESS in tea tax with this Act. Also, interestingly, they would be getting their tea cheaper than the people of Britain !!].

3. The tea would be marketed and forced on colonists by special consignees (receivers of shipments) who would be selected by the East India Tea Company.

The new import tax of 3 pence was considerably less than the previous tea tax on the colonists, in which 12 pence (1 shilling) per pound on tea sent via Britain, so colonists would be paying LESS in tea tax with the Tea Act of 1773. Also, interestingly, they would be getting their tea cheaper than the people of Britain !! Even King George III was reported to comment that “the colonists will finally be happy!” and will stop protesting.

The Act also encouraged British agents to seek out local merchants of tea who were smuggling in tea (in violation of the new law) and shut down their operations. In effect, they were making sure the monopoly on tea was complete and that colonists were buying only the tea that the British Parliament were forcing on them.

While the average contemporary American might look at the bottom dollar and assess the law based on their pocketbook and conclude that the Tea Act was good and fair, our founding generation looked at the insidious violations to their fundamental liberties embedded in this seemingly harmless law.

First of all, the Tea Act forced the colonists to purchase Company tea on which the Townshend duties were paid, thus implicitly asserting Parliament’s right of taxation. Even though the costs and the taxes were lowered, they would not back down on their demand that there be “No Taxation Without Representation!” This basic English right was secured in the Magna Carta of 1215 and re-asserted over and over again up until the English Bill of Rights of 1689, which essentially transferred government power from the King to the peoples’ house – Parliament. And second, the Tea Act compelled the colonists to buy a product identified by a legislative body far away. It took away their right to enjoy competition and to pursue livelihoods.

If men like Sam Adams, John Hancock, James Otis Jr., Paul Revere were alive today, they would have called out Obamacare for violations similar to those in the Tea Act. They wouldn’t be complaining about the increased premiums or the frustration in signing up for healthcare… they would be sounding the alarm to government compulsion and unconstitutional taxation.

Let’s hope that when Obamacare is repealed it will be replaced by a scheme that divests the federal government of compulsion power over the American people and returns power to the free market system. And let’s help educate our lesser-informed members of society that those who are all too happy to receive hand-outs from the government are the most insidious threats to the very liberty upon which our country was founded. “A man who has nothing which he is willing to fight for, nothing which he cares about more than he does about his personal safety,” wrote John Stuart Mill, “is a miserable creature who has no chance of being free, unless made and kept so by the exertions of better men than himself.”