BOOK REVIEW: “If You Can Keep It: “The Forgotten Promise of American Liberty” by Eric Metaxas

Posted on July 12, 2016 by forloveofgodandcountry 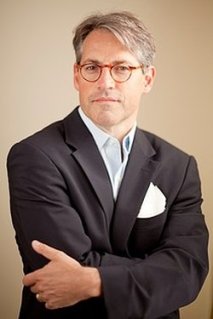 I just finished reading the latest book by New York Times #1 Best-selling author, Eric Metaxas, entitled “If You Can Keep It: The Forgotten Promise of American Liberty.”  Metaxas is the author of other best-sellers, including Bonhoeffer, Amazing Grace, Miracles, 7 Women, and 7 Men, and has a weekly talk show, “The Eric Metaxas Show.”

The book is essentially a pep talk for our troubled time, peppered with wonderful bits of history to remind readers why the they need to be fired up. Hopefully the title will ring a bell with the reader. At the close of the Constitutional Convention in Philadelphia on September 17, 1787, a woman approached Benjamin Franklin as he was leaving what has come to be known as Independence Hall.  She asked him: “What kind of government have you given us?”  And Franklin historically replied: “A republic, if you can keep it.”

And that’s the challenge we all face.  As our traditional institutions and values are eroding, and as our connection to the document that secures our rights and restrains government in our lives – the US Constitution – becomes increasingly tenuous, we see that our republic is in danger.  John Adams once said: “Our Constitution was made only for a moral and religious people. It is wholly inadequate to the government of any other.”  The truth is that all our Founding Fathers shared the same view, and probably none as strongly as Benjamin Franklin. And so his reply to that woman implicated a duty imputed to all Americans to remain virtuous and to trust only virtuous leaders with this grand experiment that was to be America.  Once we lose that sense of duty and that keen sense of responsibility, then the days of our republic are indeed numbered.

Why is morality and religion so indispensable to our republic and its longevity?  Alexander Hamilton addressed that question clearly: “If men were angels, no government would be necessary. If angels were to govern men, neither external nor internal controls on government would be necessary. In framing a government which is to be administered by men over men, the great difficulty lies in this: you must first enable the government to control the governed; and in the next place oblige it to control itself.”  Men are not angels; they are forever tempted by power, greed, and other evils which corrupt men’s souls. History proves this, and history also teaches us another sad reality – that republics typically have a relatively short lifespan.  Machiavelli wrote: “Whoever wishes to foresee the future must consult the past; for human events ever resemble those of preceding times. This arises from the fact that they are produced by men who ever have been, and ever shall be, animated by the same passions, and thus they necessarily have the same results.”  Machiavelli wrote: “Republics that wish to maintain themselves free from corruption must above all things preserve the purity of all religions observances, and treat them with proper reverence; for there is no greater indication of the ruin of a country than to see religion condemned.”  Religion is the basis of morality.  Religion teaches a person how to to conduct oneself and how to treat others.  Moral people don’t need a lot of laws because they inherently know how to govern themselves.  Morality ensures that government can remain limited.

Metaxas argues that America’s greatness cannot continue unless we embrace our own crucial role in living out what our Founding Fathers entrusted to us. And that, he says, requires us to reconnect with our history and with the brilliant and forward-thinking ideals proclaimed in our Declaration of Independence, emphasized by our Founders, and embedded in the fabric of our history.  And to remind us of some of those threads, the author weaves in selected and profound moments from our country’s earlier years. Metaxas wants us to remember why our country is great and why she is good.

Metaxas acknowledges the growing trend of young people who dwell on the faults with America, which we all know punctuates our history, beginning with the oppression of the American Natives and the perpetuation of slavery and in more recent times, our willing embrace of abortions to kill our unborn. Indeed, our history is coming under attack and efforts are being made to re-write it and to even to redact parts of it from our school books. But he urges everyone to balance the bad with the good.  He urges us to go back and study our history – to re-establish those “mystic chords of memory” that hold us together as unified nation. With each chapter, Metaxas reminds us of individuals who, through their actions or words, embrace the values of the American experiment and exemplify the goodness of America.

If You Can Keep It prompts us to the urgency of our time. Our country continues to take misstep after misstep, consistently eroding morals and alienating religion. Corruption has undermined our confidence in the Rule of Law.  Our republic lies precariously on a precipice. If it tips too far to the left, we doom our republic and our last best chance to secure our freedom, especially the rights of minority groups.  And in doing so, we let down other nations and peoples of the world, who look to us to stand up for them and to export our values to their governments. After all, for over a hundred and fifty years, it was the “idea” of America that attracted the “tired, the poor, the homeless, and the wretched refuse” of other countries to our shores. It was America that provided a home for the “the huddled masses yearning to breathe free.”

And so, with Benjamin Franklin in mind and with Alexis de Tocqueville in mind, Eric Metaxas convincingly reminds us of our duty to “keep our republic.”  Our freedom, as Ronald Reagan once pointed out, “is never more than one generation away from extinction. We don’t pass it to our children in the bloodstream. It must be fought for, protected, and handed on for them to do the same, or one day we will spend our sunset years telling our children and our children’s children what it was once like in the United States where men were free.”  The answer, Metaxas suggests, is for us to be good again, to find heroes in our history and emulate them, and to rekindle the American spirit.

I'm originally from New Jersey where I spent most of my life. I now live in North Carolina with my husband and 4 children. I'm an attorney
View all posts by forloveofgodandcountry →
This entry was posted in Uncategorized and tagged Benjamin Franklin, book, book review, Diane Rufino, Eric Metaxas, If You Can Keep It, Morality, Religion, republic. Bookmark the permalink.