Posted on August 25, 2013 by forloveofgodandcountry 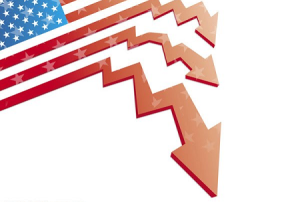 The government has no legitimate powers that were not initially granted to it under the Constitution. There is no provision anywhere, nor is there any implied right under the Declaration of Independence or any other social compact theory, which permits the government to assume any more powers than originally granted to it. There is, of course, only one way to legitimately alter the Constitution and hence alter the function and scope of government, and that is through Article V’s amendment process. But only the states can approve those amendments.

As we all know, the only amendments which fundamentally altered the federal government were the 16th Amendment and the 17th Amendment.

The US Constitution is a “compact” (a social compact) among the states. It was an agreement among the states, fortified by their ratification, on how they would be managed and served by a common government. The Constitution created a Union of states (“united” States) and NOT the “United States.”  The Civil War would change that.

In the Constitution, the States delegated certain powers to the federal government, reserving all others to itself. And even with respect to those enumerated powers, there was clarification and limitation (as discussed in the state ratifying conventions, as well as in the very words, phrasing, and limiting clauses in the documents.  For example, the “Necessary and Proper” clause, which was meant to breathe life into the powers vested in the government under the Constitution, mean just that… “NECESSARY.”  As it turns out, the Supreme Court would quickly re-define “necessary” to mean “convenient”). With respect to the taxing power, the states clearly and freely delegated to the government the power to tax and spend.  However, the intent was that Congress can only tax and spend with regard to the seventeen specifically enumerated powers in Article I, Section 8.  Additionally, the “General Welfare” clause was not meant as a separate grant of power as it is assumed today.  Yet, we’ve seen how the government, through independent-minded justices on the Supreme Court, has used all these “limiting clauses” (including the Commerce Clause and now the taxing power) to grow government and to provide justification for every type of policy, program, or legislation that it wanted to enact.  Nevermind that the Federalist Papers were absolutely clear on the limited nature of the federal government. And all along, the States have refused to stand up, question, challenge, or nullify improper federal spending or improper federal regulation.

At this point, with respect to the taxing power alone, the federal government has plenary power to tax and spend. It has the “Necessary and Proper” clause, which the Supreme Court interpreted in 1819 to be a blank check to the government to do pretty much anything it finds “convenient” to further its power or enable its powers to tax and spend. The healthcare decision enlarged the government’s taxing power further, allowing government to tell Americans what it must purchase and punishing them (by taxing them) for not conducting themselves as the government demands.  And so the result now is a government that taxes and spends for pretty much anything it wants. Most of the spending is for unconstitutional purposes which means that taxing for such spending is also unconstitutional.

Congress has been taking money from the citizens of states, and then offering that money back to states on the condition that legislators follow the will of Congress. Using these federal grants accompanied by mandates (which are rarely fully funded), Congress has turned state legislatures into their regional agencies rather than truly independent republican governments.

A radical social agenda and an erosion of the rights of the people accompany all of this.  While substantial efforts have been made to combat the social engineering and to protect peoples’ rights, we have missed one of the most important principles of the American founding.

Can we trust government to reverse course?  Could we trust it to police itself and divest those improper spending powers to state local governments where they can be used to responsibly and directly to benefit their own people?   The answer is no.

And that is why it must fall to the States to address the federal budget and use Nullification to enforce those changes.

The solution I propose is called the “State Escrow Account” remedy. And yes, it’s based on the doctrine of Nullification.

Again, the government can only tax and spend for constitutional objects. It would seem to me that a lot of its spending is on unconstitutional objects, such as state grants (using money to do what it can’t do constitutionally, under the law of contracts) and education grants (such as Common Core; education is not a government matter; it’s a state function). If the federal government has so much money that it can spend on unconstitutional objects/projects, then clearly it is taxing the people TOO MUCH. If the states had ambition under the 10th Amendment and wanted to stand up for the People’s rights to keep their income, they should band together and challenge every bit of government spending. They should seek to have the federal government collect only revenue that goes to constitutional functions and NONE to bribe the states.  That extra money should go to the states. This way the states can legislate more responsibly to their own people and not according to government mandates and a one-size-fits-all strategy. I would also set up State Escrow Accounts. For example, all taxpayers who live in North Carolina would send their federal income tax forms to a state treasury office. The funds would go into a state Escrow Account. That office would review the federal budget and decide what percentage of spending goes to constitutional matters and what percentage goes to unconstitutional ones. The NC Treasury Department would send funds on to the US Treasury Department MINUS the percentage that represents unconstitutional federal spending. Those extra funds in the state escrow account would either stay there to fund our own education, highways, etc or would be refunded back to the taxpayer. In this way, the proper power structure would be restored (government is greatest where it is closest to the people), the States would be a lot stronger (as intended), they would be more responsive to the people, we would be free from the “one-size-fits-all” model that is ruining this country, many of the onerous regulations that are killing businesses and the free market would be repealed, the economy would grow and businesses would flourish, money would be put back into the pockets where it is spent the wisest – with the people who actually earn it, and America’s proclaimed notion of Liberty would be secure. States would be a lot more responsive to its people and they would be in a better position to protect their inalienable rights, as well as all the other  rights associated with a free and sovereign people,  if they were free from the financial bondage to the federal government. Individuals would be able to exercise their inalienable rights – to Life, Liberty, and Property – more freely, if they were free from legalized plunder and their financial bondage to the federal government.

Who Has the Right to Determine the Extent of Government?

The Declaration of Independence answered that question clearly, concisely, and before a “candid world.”

“When in the Course of human events, it becomes necessary for one people to dissolve the political bands which have connected them with another, and to assume among the powers of the earth, the separate and equal station to which the Laws of Nature and of Nature’s God entitle them…..

We hold these truths to be self-evident, that all men are created equal, that they are endowed by their Creator with certain unalienable Rights, that among these are Life, Liberty and the pursuit of Happiness. –That to secure these rights, Governments are instituted among Men, deriving their just powers from the consent of the governed, –That whenever any Form of Government becomes destructive of these ends, it is the Right of the People to alter or to abolish it, and to institute new Government, laying its foundation on such principles and organizing its powers in such form, as to them shall seem most likely to effect their Safety and Happiness.”

The Declaration proclaims that America stands for the notion that the rights and liberties of the Individual, under Natural Law and Nature’s God, are paramount to any self-serving designs of government. And should that day come when the government assumes a position that threatens the liberty of the People, it is the right of the People to alter or abolish that government.

The Constitution embodies the principles articulated in the Declaration. It created a limited government, one organized around the interests of the States and the People and provided for their full participation. Through the Preamble of the Constitution itself and then the preamble to the Bill of Rights, we see the intent for limited nature of government in our lives.  The Preamble to the Constitution reads: “We the people of the United States, in order to form a more perfect union, establish justice, insure domestic tranquility, provide for the common defense, promote the general welfare, and secure the blessings of liberty to ourselves and our posterity, do ordain and establish this Constitution for the United States of America.” You can’t ask for a stronger expression of intent than that.

The preamble to the Bill of Rights reads: “The Conventions of a number of the States, having at the time of their adopting the Constitution, expressed a desire, in order to prevent misconstruction or abuse of its powers, that further declaratory and restrictive clauses should be added: And as extending the ground of public confidence in the Government, will best ensure the beneficent ends of its institution.”  Again, there can be no confusion about the intent of the States to limit the powers of the federal government and to prevent it from trying to pervert itself.

In other words, our Founding Fathers built a government whose purpose was not to control the people, but one that the people controlled. The government’s purpose was not to take or usurp the people’s sovereignty, but to provide only those things that the people could not provide for themselves, such as a standing army to protect them,  uniform currency and commerce, a uniform immigration and naturalization policy, and relations with foreign nations. They stipulated that the people’s sovereign rights had to remain with the people. The Founding Fathers made sure to grant to the People the ultimate authority over how they intended to be governed. It is the People who have power over their government. Unfortunately, collusion among decision-makers in Washington DC, as well as the three branches of government, to support party ideology over the preservation of individual liberty, has served to by-pass constitutional checks and balances and has acted to render the voice of the People as moot.  Not only has government legislated in a way that frustrates their liberty interests but it has also made sure it controls the means to brainwash them and to keep them from educating themselves in the manner that would best preserve that liberty.

The Declaration of Independence lists 27 abuses of the rights of the American colonists by King George and the British Parliament. It states: “A Prince whose character is thus marked by every act which may define a Tyrant, is unfit to be the ruler of a free people.”  Today, we should be shouting: “A government whose character is marked by the actions of a tyrant is UNFIT to rule a free people.”