Posted on June 20, 2011 by forloveofgodandcountry 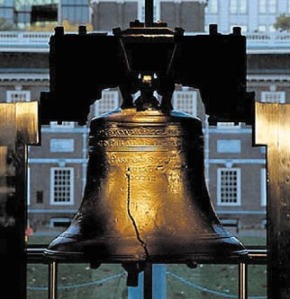 On June 16, 2011, the U.S. Supreme Court issued one of the best and most important decisions ever on the principle of federalism. In the case Bond v. United States (09-1227), the Court unanimously held that individuals, and not just the states, have standing to challenge federal laws as violations of state sovereignty under the Tenth Amendment. Justice Kennedy, often the “swing” judge on the Supreme Court, wrote the opinion. This decision hopefully shows that our high court is on the side of our Founders and values the most fundamental principle on which our nation was founded – individual liberty.

Those who understand the intent behind the Constitution to protect individual liberty take to heart what Thomas Jefferson wrote – ““Every word of the Constitution decides a question between power and liberty.” And they know that most especially, the 28 words of the Tenth Amendment decide such a question.

The Tenth Amendment reads: “The powers not delegated to the United States by the Constitution, nor prohibited by it to the States, are reserved to the States respectively, or to the people.”

The facts of this case are as follows: This case arises from a bitter personal dispute which lead to criminal acts and then a criminal prosecution. Petitioner Carol Anne Bond lived outside Philadelphia, PA. After discovering that her close friend was pregnant and that the father was in fact her own husband (Bond’s husband), Carol Anne sought revenge. She subjected her (“ex-“) friend to a campaign of harassing telephone calls and letters, acts that resulted in a minor criminal conviction on a state charge. But that didn’t stop her. She persisted in more hostile acts, placing caustic substances on objects the woman was likely to touch, including her mailbox, car door handle, and front doorknob. The victim suffered a minor burn on her hand and finally contacted federal investigators, who identified Bond as the perpetrator. Bond was indicted in the US District Court for the Eastern District of Pennsylvania for, among other offenses, two counts of violating §229. Section 229 forbids knowing possession or use of any chemical that “can cause death, temporary incapacitation or permanent harm to humans or animals” where not intended for a “peaceful purpose.” §§229(a); 229F(1); (7); (8).

In the District Court, Bond moved to dismiss the §229 charges, contending the statute was beyond Congress’ constitutional authority to enact. The District Court denied the motion. Bond entered a conditional plea of guilty, reserving the right to appeal the ruling on the validity of the statute. She was sentenced to six years in prison.

With respect to the Tenth Amendment, Bond asserted that the conduct with which she was charged is “local in nature” and “should be left to local authorities to prosecute.” She alleged that congressional regulation of that conduct “signals a massive and unjustifiable expansion of federal law enforcement into state-regulated domain.” [Case record in No. 2:07–cr–00528– JG–1 (ED Pa.), Doc. 27, pp. 6, 19]. The public policy of the Commonwealth of Pennsylvania, enacted in its capacity as sovereign, has been displaced by that of the federal government (which she claims is acting more like a ‘national’ government than a ‘federal’ government). In short, the law to which Bond is subject and the punishment she must face, might not have come about if the matter were left for the Commonwealth of Pennsylvania to decide.

Justice Kennedy’s opinion began: “This case presents the question whether a person indicted for violating a federal statute has standing to challenge its validity on grounds that, by enacting it, Congress exceeded its powers under the Constitution, thus intruding upon the sovereignty and authority of the States.” [Bond, pg. 4]

He went on to explain what federalism is, how it is intended to operate, and why it is crucial to our notions of ordered and individual liberty. His words should be read and appreciated just as he wrote them:

Justice Ruth Bader Ginsberg, joined by Justice Kennedy, wrote a concurring opinion. She wrote: ” In this case, Bond argues that the statute under which she was charged, 18 U. S. C. §229, exceeds Congress’ enumerated powers and violates the Tenth Amendment. In short, a law “beyond the power of Congress,” for any reason, is “no law at all.” Nigro v. United States, 276 U. S. 332, 341 (1928). The validity of Bond’s conviction depends upon whether the Constitution permits Congress to enact statute §229. Her claim that it does not must be considered and decided on the merits.” [Bond, pp. 18-19].

Freedom is being fought for in courtrooms all over the country and in the Supreme Court, and the Bond decision indeed was a glorious day. We hope “individual freedom” and “limited government” continue to be on the mind and in the hearts of the members of the Supreme Court and especially as they hear challenges to the federal healthcare bill – the Patient Protection and Affordable Care Act, also known as “Obamacare.

I'm originally from New Jersey where I spent most of my life. I now live in North Carolina with my husband and 4 children. I'm an attorney
View all posts by forloveofgodandcountry →
This entry was posted in Uncategorized. Bookmark the permalink.